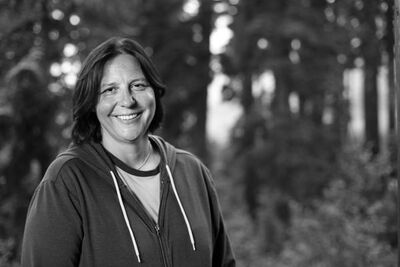 Renowned game writer Marianne Krawczyk has won numerous awards for her pioneering work in the creation of game worlds and characters. At Sony Santa Monica, she served as lead writer on all three of the major God of War releases, including the 2D scroller God of War: Betrayal, and all of the spin-off graphic novels and motion-comics associated with the franchise. Marianne won a prestigious BAFTA award for her work with character and story in God of War 2.

Marianne has worked extensively with Ubisoft Montreal, Sony, THQ, and Activision in the creation of original game stories, and was the lead writer on Klei Entertainment’s Shank and Shank 2. She is collaborating with J.J. Abrams and Roberto Orci on the upcoming video-game tie-in to the next iteration of the Star Trek film franchise. Marianne also wrote content for Rockstar Games’s award-winning 1940s open-world detective game, L.A. Noire, and Activision’s Skylanders series. At Ubisoft Montreal, Marianne contributed extensively to story development efforts on two major franchises: Driver and on Far Cry 3.