The Torch is one of the Tools available in The Long Dark.

Alternately, a more primitive variant of torch called a brand can be acquired by taking it from an active fire in the fire menu, consuming 10 minutes of fire duration. The brand is lit by default and cannot be extinguished or stored in inventory. It's also of a much shorter duration and emits less light than a normal torch, but it's still much better than a match, and is a good option for players that don't have the resources for better lights or just want to conserve.

Press (LMB) while the torch is unlit to open the firestarter menu, or hold (LMB) while facing a fire. Hold (LMB) to extinguish the torch once lit. Pressing the holster key(default H) while the torch is lit will drop it while still-lit instead. Note that a lit torch on the ground counts as a flame source, so you can light a new torch with the flames of the old one this way.

The brand is similar, but pressing either (LMB) or (H) will simply drop it on the ground. The player can't light an extinguished brand, nor can they extinguish one manually.

While lit, press (RMB) to swing the torch/brand threateningly, which consumes some durability and fatigues the player, but has a good chance to cause wolves to flee each time.

A lit torch/brand can be used as the firestarter for campfires. When short on matches, consider lighting a torch and using that to light the campfire; that way you'll only expend a single match regardless of how many attempts are needed. An unlit torch can also function as the fuel in a pinch, albeit a very poor one giving a maximum of 10 minutes fire time at 100% condition.

Like the Flare and Lantern, a torch or brand will increase the air temperature around the player by about 5C when held. Unlike those two however, torches and brands may be extinguished by being exposed to moderate-to-high winds, so be careful when relying on them to stay warm and safe outdoors. 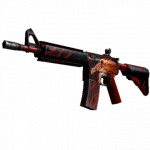